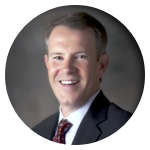 Luther H. Beck, Jr., has been practicing law in North Georgia for over twenty five years. A North Georgia native, he knows the area and its people. His vast experience in civil litigation and eminent domain has produced successful outcomes for his clients both in and out of the courtroom.

After graduating from the University of Georgia in 1988, he attended Georgia State University College of Law graduating with his Juris Doctorate in 1991. He has been admitted to the State Bar of Georgia, U.S. District Court, Northern and Middle Districts of Georgia and U.S. Court of Appeals, Eleventh Circuit.

He began his legal career prosecuting criminal matters before Judge William Daniel in the Fulton County District Attorney's office while still in law school. After graduation, he started his civil litigation practice in Rome, Georgia, and then spent a few years practicing in Toccoa, Georgia, before coming to Gwinnett County where he has practiced for over 17 years.   He has also served as a Special Assistant Attorney General for nearly 20 years.

He is a member of the Gwinnett County and American Bar Associations and the State Bar of Georgia where he was the Past Chairperson for the Eminent Domain Section. He is a regular speaker at legal seminars on the topic of eminent domain in Georgia.

When he’s not practicing law, he enjoys golf, cheering on his Georgia Bulldogs and traveling to California’s central coast to visit Ragged Point Inn, his family’s inn and resort. He has been married for 27 years and has twin sons who are in college. 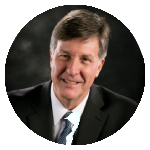 John Zwald co-founded Beck, Zwald & Associates, LLC with Luther Beck in July 2016. John is a well-respected, successful litigator, with experience litigating and trying hundreds of cases in the State of Georgia over the last 30 years. He always protects his client’s best interests, whether the ultimate resolution of the case is via alternative dispute resolution or trial. John’s practice has focused on Eminent Domain and cases involving personal injuries, both from the plaintiff and the defense side.  John was recently selected for inclusion in the “Lawyers of Distinction” for 2019 and 2020. Beck, Zwald & Assocaites, LLC recently received a Tier 1 ranking in the 2019 and 2020 Edition of “Best Law Firms” by U.S. News and World Report and Best Lawyers.

John is a native of Atlanta, Georgia. He  completed his undergraduate studies at the University of Georgia where he lettered in Track and Cross Country.  After fours years as a history teacher and track coach, John went on to receive his law degree from the University of Tennessee Law School, where he was on the National Moot Court Team (National Qualifier and Recipient of the American College of Trial Lawyers, Medal For Excellence in Advocacy, National Moot Court Competition), Knoxville Inns of Court and recipient of the McClung Medal for Excellence in Moot Court.

John’s legal career began in 1990 at a prominent Insurance Defense firm in Atlanta where he mastered litigation and trial skills. In 2004, John was appointed as a Special Assistant Attorney General of the State of Georgia by Attorney General Thurbert Baker.

John is admitted to practice before all state courts in Georgia, as well as the United States District Courts and US Eleventh Circuit Court of Appeals. He is a member of the Atlanta Bar Association, the Gwinnett Bar Association, as well as the Eminent Domain, the Torts and Insurance Practice, and the Real Estate sections of the Georgia Bar.  John is the Immediate Past Chair of the Torts and Insurance Practice Section of the State Bar of Georgia and has served as a Co-Chair of the Insurance Law Institute for eight years.  John is a frequent speaker at legal seminars on Tort and Eminent Domain topics.

John and his wife, Debra, live in Flowery Branch and have two daughters.  John enjoys running, hiking, and playing the occasional gig with his band mates. Before attending law school, John coached three High School State Champion Track and Cross Country teams and was recently inducted into the Gwinnett County Cross Country Hall of Fame.  He is active in his church where he has served as chair of the deacons, taught Sunday School classes, and served on various committees.